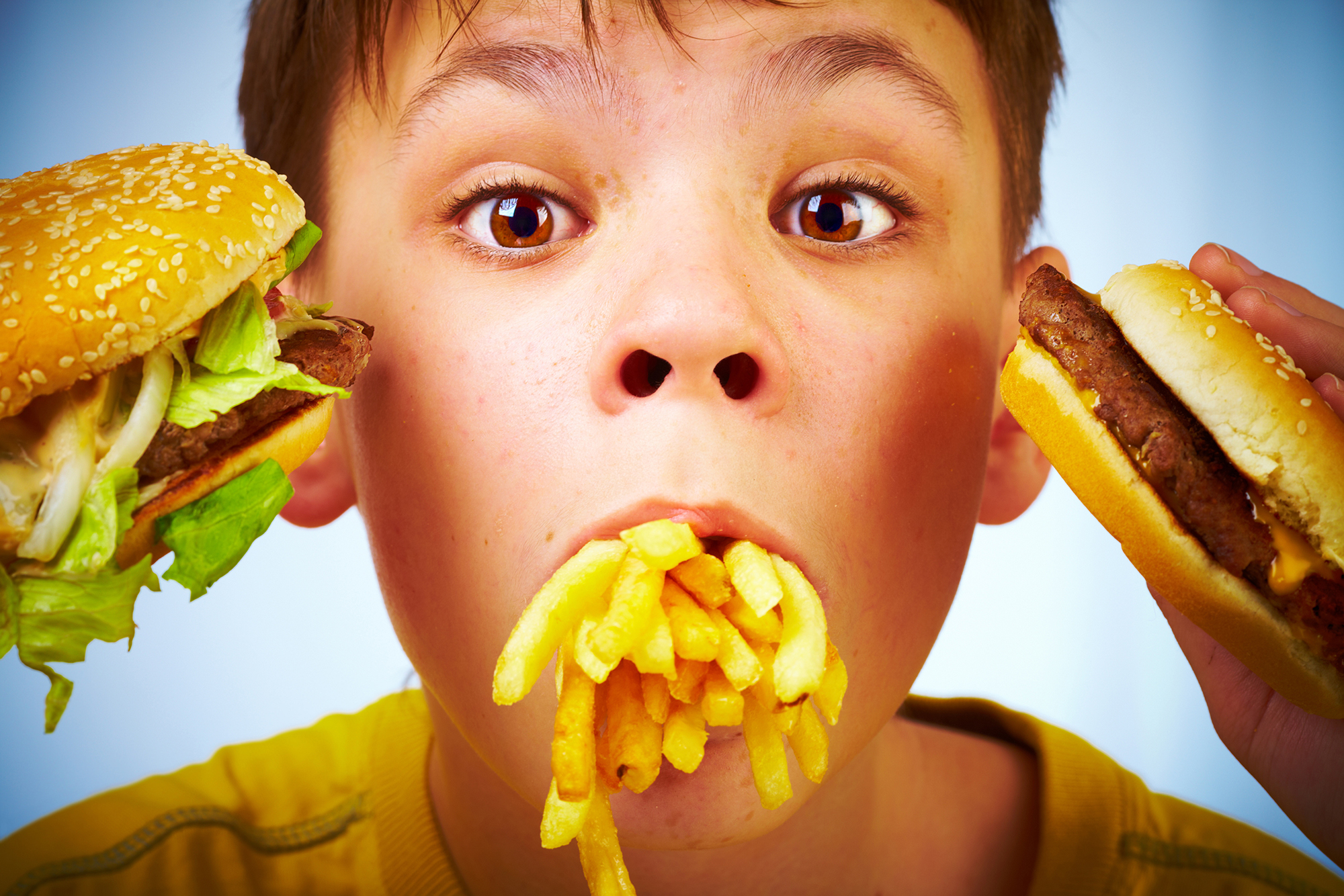 Created By: Nicholas McGill
Stop Food Violence
Many people in California were astonished to hear about the latest idea for the state, the regulation of consumption of fatty foods, part of a national effort to “Stop Food Violence”. Their argument, “it’s about human lives”. This movement gaining support each day. Anti cheeseburger advocates are now pushing legislators to abandon gun control in favor of draconian […]

Many people in California were astonished to hear about the latest idea for the state, the regulation of consumption of fatty foods, part of a national effort to “Stop Food Violence”. Their argument, “it’s about human lives”. This movement gaining support each day. Anti cheeseburger advocates are now pushing legislators to abandon gun control in favor of draconian cheeseburger registration cards that limit the number of burgers you can purchase monthly, both with cheese and without. Their ultimate goal is to slowly move toward the total ban of cheeseburgers and fries. They know it will take time to train the public to limit their fast food habits. 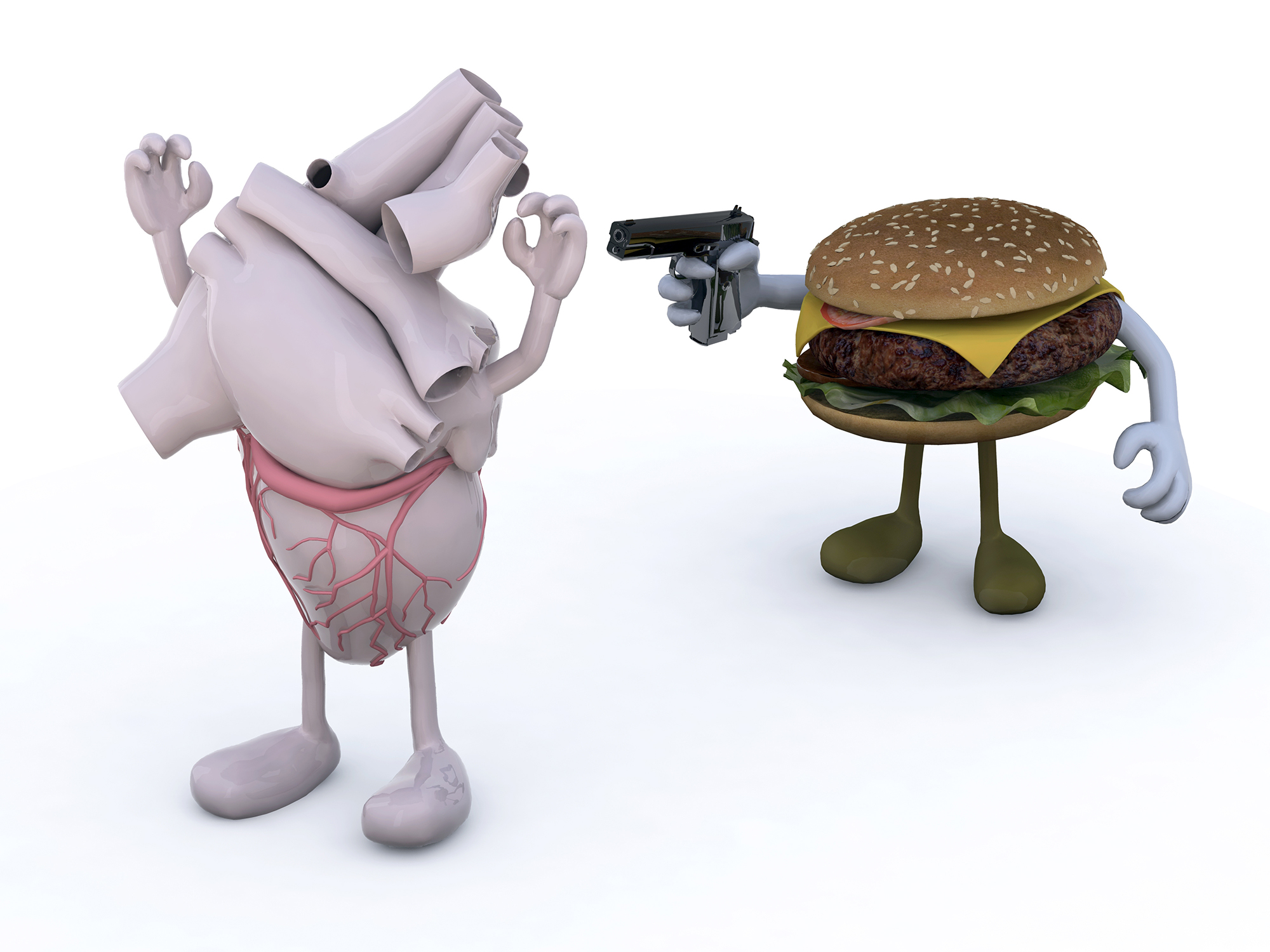 Many gun control advocates are now seeking to implement a total ban on cheeseburgers and fries after, becoming aware of the overwhelmingly disproportionate number of deaths caused by food violence, even in the wake of gun violence in Florida and San Bernadino.

According to the group behind the Stop Food Violence movement: 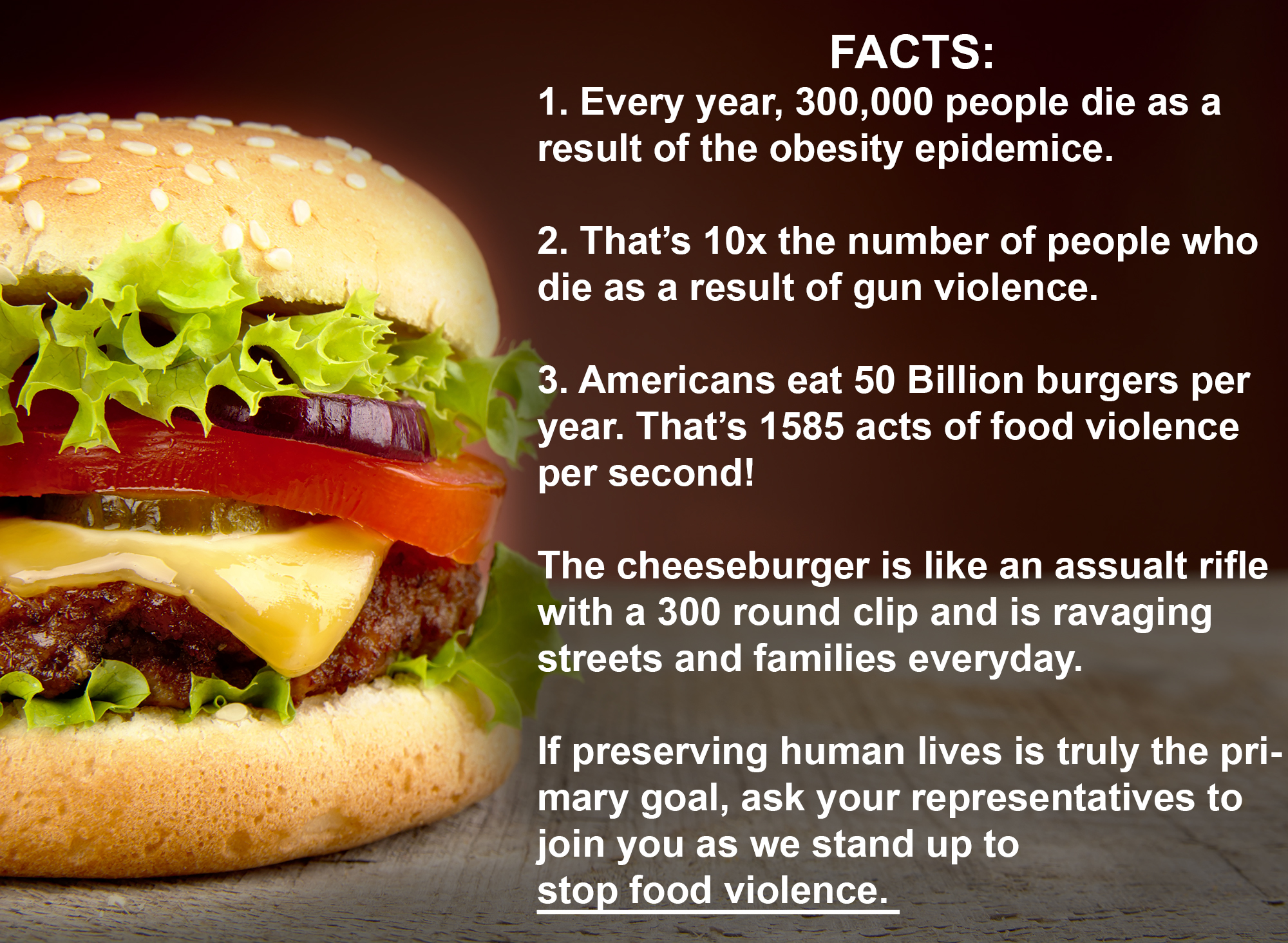 “According to the National Institutes of Health, every year, an estimated 300,000 people die due to the Obesity Epidemic. An overwhelming majority of these deaths are the direct result of food violence. That’s 10X the number of deaths caused by firearms! At the heart of this controversy, are high calorie foods such as cheeseburgers, french fries, and other high caloric offending food.”

“If our nation’s leaders are serious enough about preserving human lives, that they’re willing to infringe, or even revoke rights and amendments to the Constitution, surely, we can all get behind behaviors not protected by the Constitution and put an end to behaviors that kill far more Americans each day, and stop food violence before it kills more.”

“Before you laugh, consider the stats. On average, Americans consume, 50 billion burgers per year, no telling how many of them include cheese (but a good amount to be sure). 5,707,763 burgers per hour, 95,129 per minute, 1,585 acts of food violence per second!”

“The cheeseburger is like a fully loaded assault rifle with a 300 round clip. The streets are ravaged by these offensive and unnecessary edibles that are destroying human bodies with fat, sugar and salt; increasing our healthcare and insurance costs, and leading to more deaths each year than assault rifles, long rifles and all handguns combined.”

“If preserving human life is the real priority, than something must be done to ensure we put an end to this epidemic,”one advocate said.

It is not responsible to ignore this problem and to go after gun ownership at the same time. We are wasting valuable political capitol when we could save so many more lives by limiting access to the violent offenders of fast food.

The same advocate said “We need to get people to register to have access to cheeseburgers and fries.”

“Lets have people pay for a registration card before they can have access to this violent food, just like people who have assault rifles. If we can limit access to the drive up window and compel people to be required to have a card punched before they purchase these easily accessible items, it would save many more lives”.

These foods are hurting American families and disproportionately affect minorities and the poor. They do not have access to the protective antioxidants that more wealthy people do who can afford quality food. 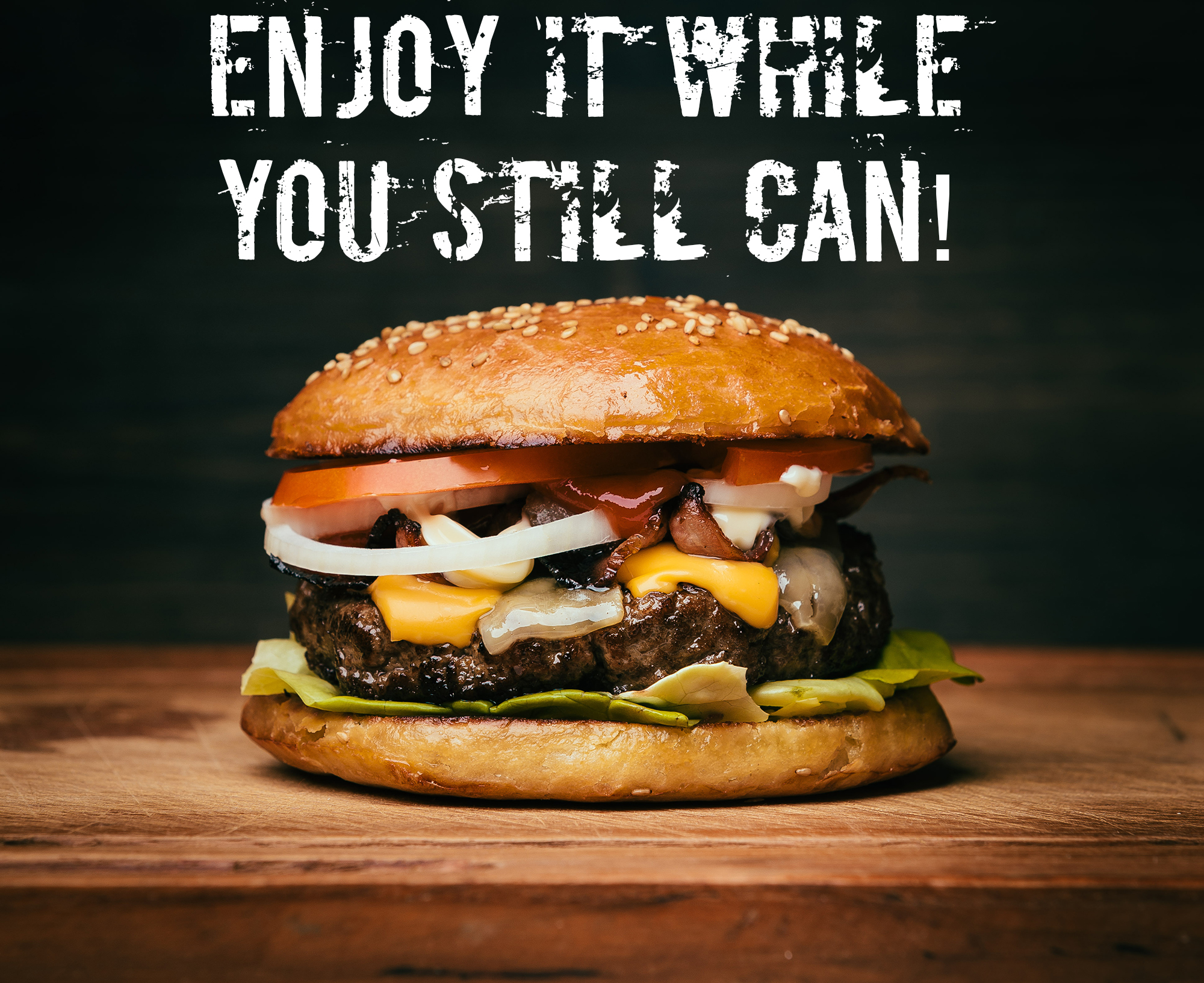 This might be the next issue Californians take on, we just need intelligent people who understand, if you value human lives and can only take on one issue at a time politically, the smart thing would to focus on the issues that save the most amount of lives. It might be time to stock up on your burgers before they become regulated. Other ideas discussed included; people who are reported to be obese to take measurements, have blood drawn and BMI index before they are formally approved to conceal carry their burger registration card.

Facts are facts here, and they’re hard to argue with in this case. Obesity is a major problem, unless you’re those guys from Kona brewing, they seem awesome and happy. To the point, from a constitutional perspective, like it or not, there’s no amendment giving people the right to kill themselves with junk food. And as in the case with gun control laws, even constitutional amendments can apparently be infringed upon in the name of saving lives. So, enjoy your burgers while you can. And stay tuned for state and local legislation to crackdown on food consumption. We are but a few headlines of teenagers dying of heart attacks away from national legislation efforts to really pick up steam. As sad as it is, it seems the day has come, when responsibility is not afforded to the public, and is instead placed in the trustworthy care of government authorities.